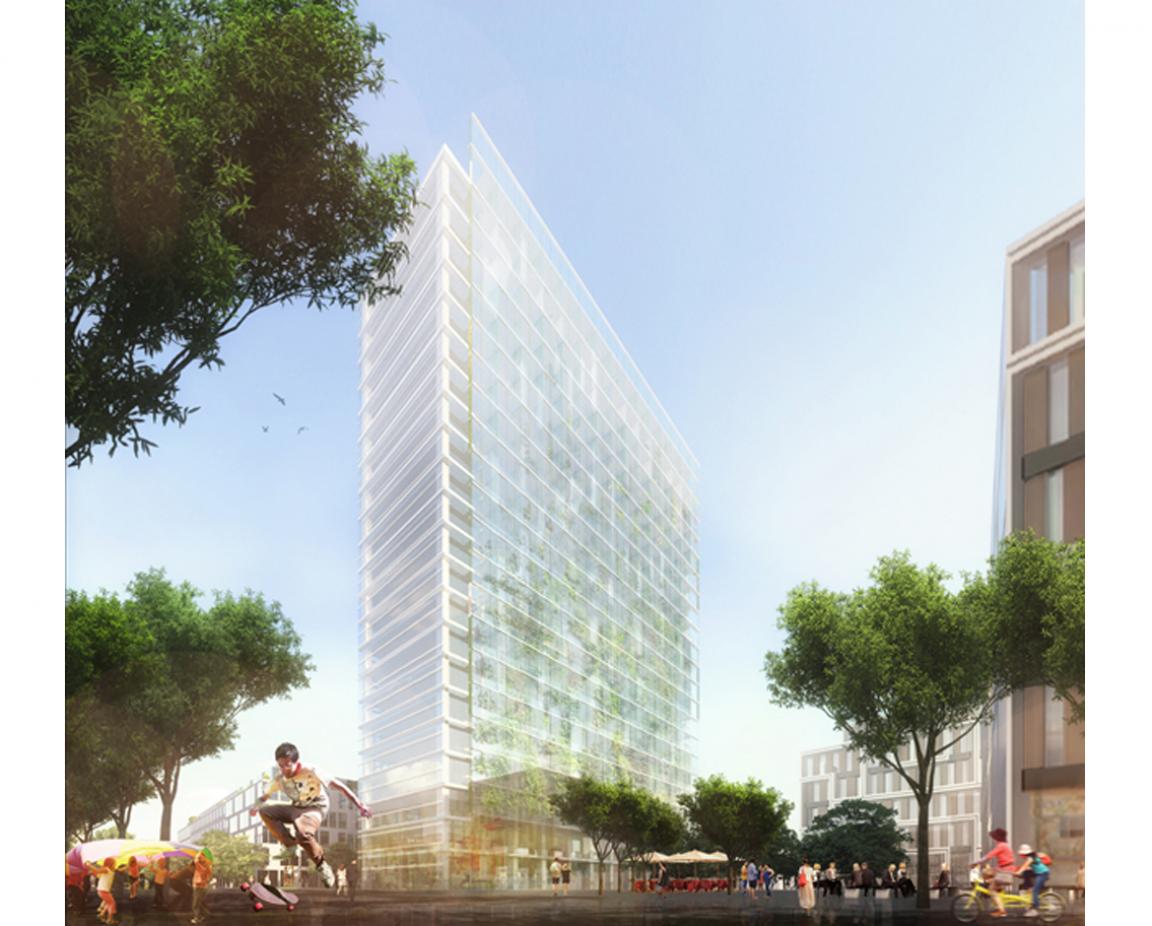 89 metres make the postal giro office one of the tallest buildings in the city. The 23-storey skyscraper in Kreuzberg is converted into a residential building that will be the centre of a new quarter. Instead of offices the CG Group wants to establish apartment flats in the ageing skyscraper. At the same time four existing buildings on the premises, which are used as a computer centre and for other purposes, will be taken down. New buildings will be erected in their place. The plans provide for commercial use with offices and a hotel on the busy street Hallesches Ufer. Eike Becker_Architekten were awarded the planning contract.