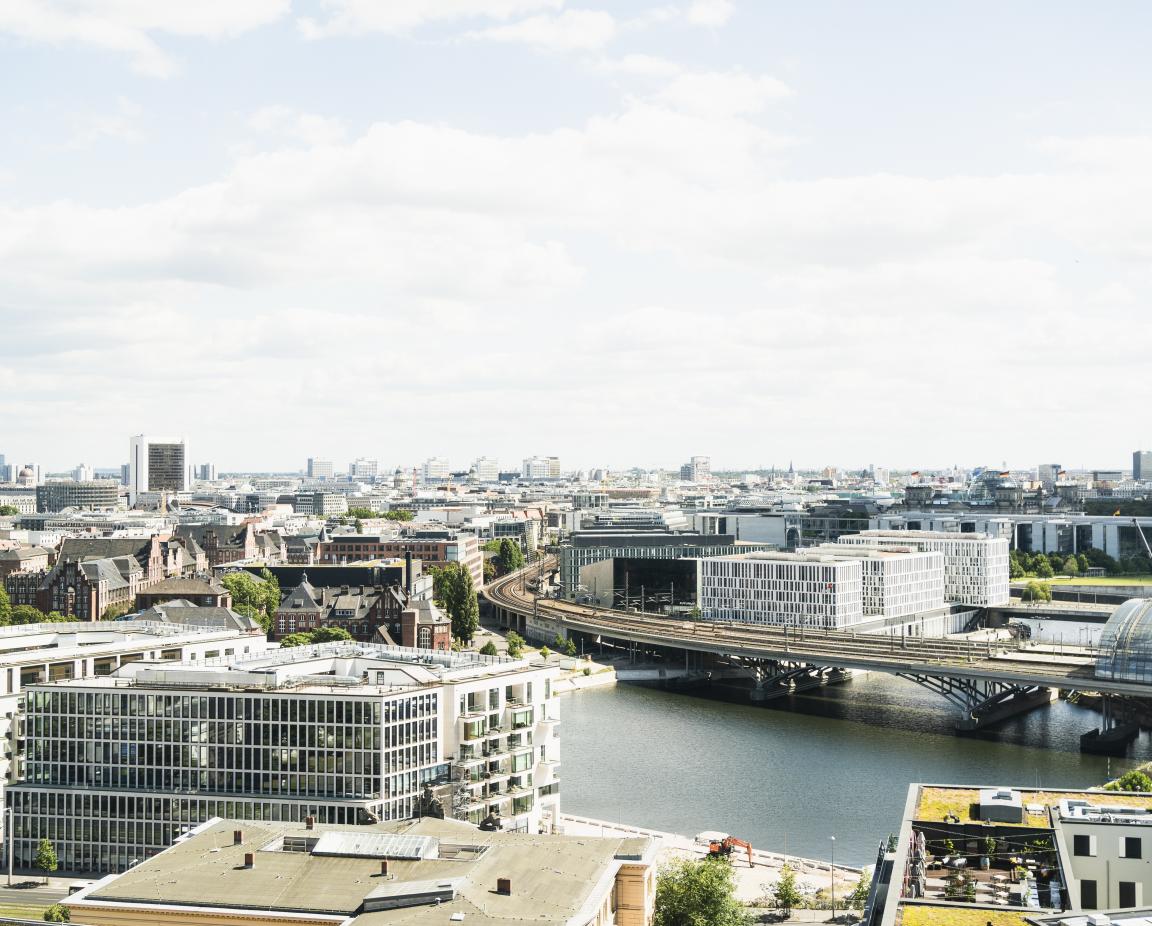 Of Otters and Institutions

As a child, I could roam for hours through the moors and forests of my northern German homeland and look for the iridescent plumage of the kingfisher or the filigree nests of the reed warbler on the shores of the lakes. Catching sticklebacks from the streams with our mothers' pasta sieves to put them back into the water in the evening was considered a respected pastime.

Today I know that these streams were already part of a canal system to drain the moors and make them arable for the cultivation of maize and potatoes. The fields became larger and the moors and forests, field margins and flowering areas smaller and smaller. Due to the pesticides and monocultures of industrial agriculture, the hares and partridges, skylarks, lapwings and starlings became rarer from year to year until they finally disappeared altogether. I did not see foxes or wolves in my youth. It was not an intact, species-rich, healthy nature.

Biologists like Bob Paine, Mary E. Power, Jim Estes, Tony Sinclair and John Terborgh were pioneers in the study of certain animal species and their importance for the preservation of complex ecosystems. They demonstrated that the absence of even a single species can destroy an entire community of species. In ecosystems, each species has its benefits and a specific function. If only one animal species is eliminated regionally, an intact network of biological cycles of a sometimes huge area is destroyed. What remains, in the case of the starfish in the tide pools on the coast of Neah Bay, Washington, are uncontrollably growing mussel beds that eventually lead to the death of the entire underwater flora and fauna.

My view of contemporary societies and their cities is similar to a biologist's view of biotopes. The differences between successful and less successful constellations are obvious to me. A diverse, flourishing society needs a wide variety of institutions, infrastructures and private initiatives. Diverse forms of social organisation that check each other, rival each other, possibly inspire each other and contribute their creativity in different ways.

The otters off the coast of Alaska, the wildebeest in the Serengeti or the wolves in Yellowstone National Park are examples of key species whose absence leads first to the downgrading and later to the collapse of an entire ecosystem.

In contemporary societies, public, inclusive institutions and infrastructures take over the tasks of key species. It is only under their qualified influence that the economy can be integrated, building competences can be strengthened, the management of public spaces and infrastructures can be mastered, people can be involved and the cooperation of the different social groups can be organised.

The more complex and diverse the composition of a society's institutions, the richer, more balanced and more resilient it is as a whole. It is precisely in the interplay of public institutions, private organisations and civil society that it becomes clear that bundled diversity can lead to enrichment, that mutual control can lead to focus and divergence can lead to progress.

The dominance of a few organisms or institutions, or their absence, leads to an impoverishment of the overall system. In China, despite great successes in poverty alleviation, the dominance of the communist party leads straight to a corrupt, expansionist unjust state. In the USA, public institutions have been weakened for decades, the right to strike has been rolled back and the political system has become more and more corrupt. Sooner or later, the institutions and the infrastructures are no longer able to adequately perform their tasks for the system as a whole. The result is self-poisoning, hollowing out and decline. But in Berlin, too, offices are understaffed, school facades are crumbling, bridges are no longer passable, S-Bahn traffic is subject to constant disruptions, privatisation of public infrastructures leads to increased costs and thus social injustice.

So if humans kill the great whales and the orcas are forced to eat first seals, then sea lions and finally otters, the otters no longer decimate the sea urchins and these devour the algae forests unchecked. This is how an entire biotope dies. This is what happens when the key species are missing. Off the Canadian coast it is the otters, in the lakes of Oklahoma it is the perch and in the Serengeti it is the wildebeest. When they are missing, the biotopes become impoverished and die.

It is similar in human societies. The public, inclusive institutions are the key species. They need to be nurtured and further developed. If they do not thrive, they are not able to fulfil their tasks as organising forces within the overall system. If they are cut back, not developed further, discredited or abolished, this leads to imbalances, injustice, loss of trust, frustrated anger and loss of diversity. And with it the loss of quality of life for all. The sea urchins will sooner or later have eaten up all the kelp forests off Alaska. And the big digital companies that are replacing human workers with their AI technology will no longer be able to find well-paid users to buy their self-driving cars without regulatory intervention by public institutions.

The infrastructures are mostly underground and remain invisible. They only appear when something is not working. When the internet connection breaks down, when the electricity grid collapses, when it stinks from the manhole covers.

Public institutions and infrastructures create the conditions for good urban and social developments. Only they make the necessary mobility possible, only they can ensure the successful coexistence of many millions of people.

At present, most urban growth in the world is unplanned. Today, one billion people live in favelas, slums or marginal settlements. They are created without institutions and infrastructures.

Coordinating, building and maintaining these things creates efficient state institutions. These include parliaments, governments and independent courts. But also offices such as the building inspectorate, urban planning, the civil engineering office, the traffic office, the fire brigade, the public utilities, health offices, the aviation inspectorate, the Federal Railway Authority or the land registry office. And so many more.

Security, too. Without the state's monopoly on the use of force, there are no cities worth living in and no social urban society.

Natural scientists have put together a puzzle of the complexity of biological cycles. Understanding these cycles can be the key to helping humans reverse what they have destroyed in many parts of the world.

And it can help to develop institutions and infrastructures so that cities and their societies thrive in social peace and harmony with the cycles of nature.