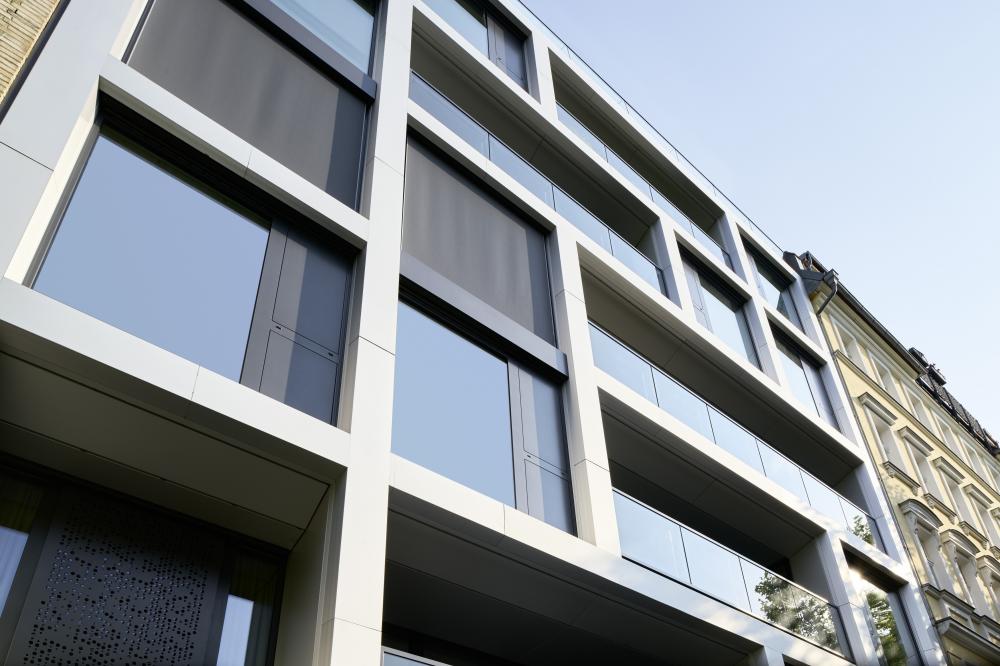 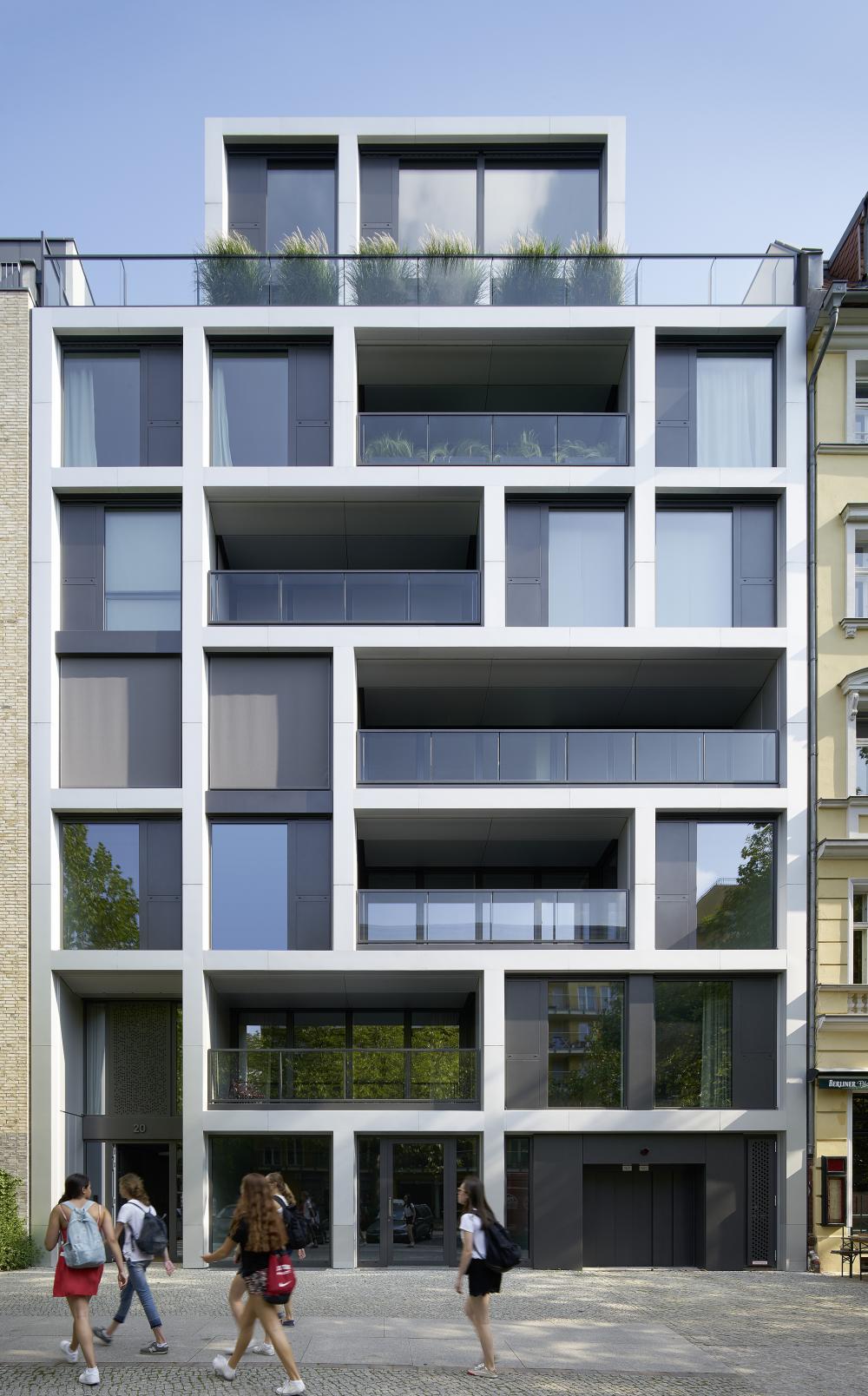 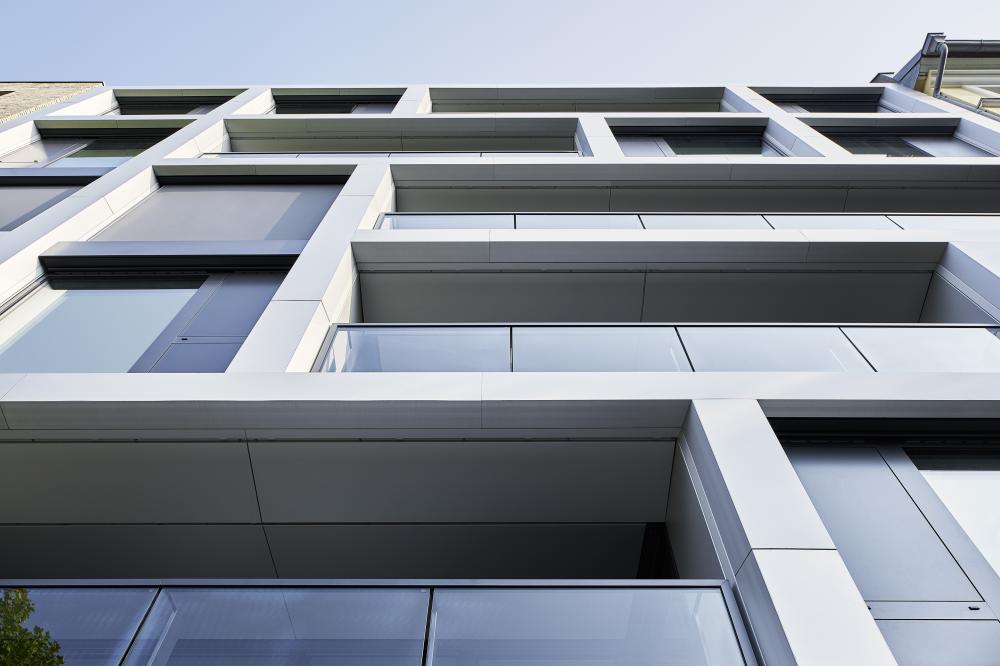 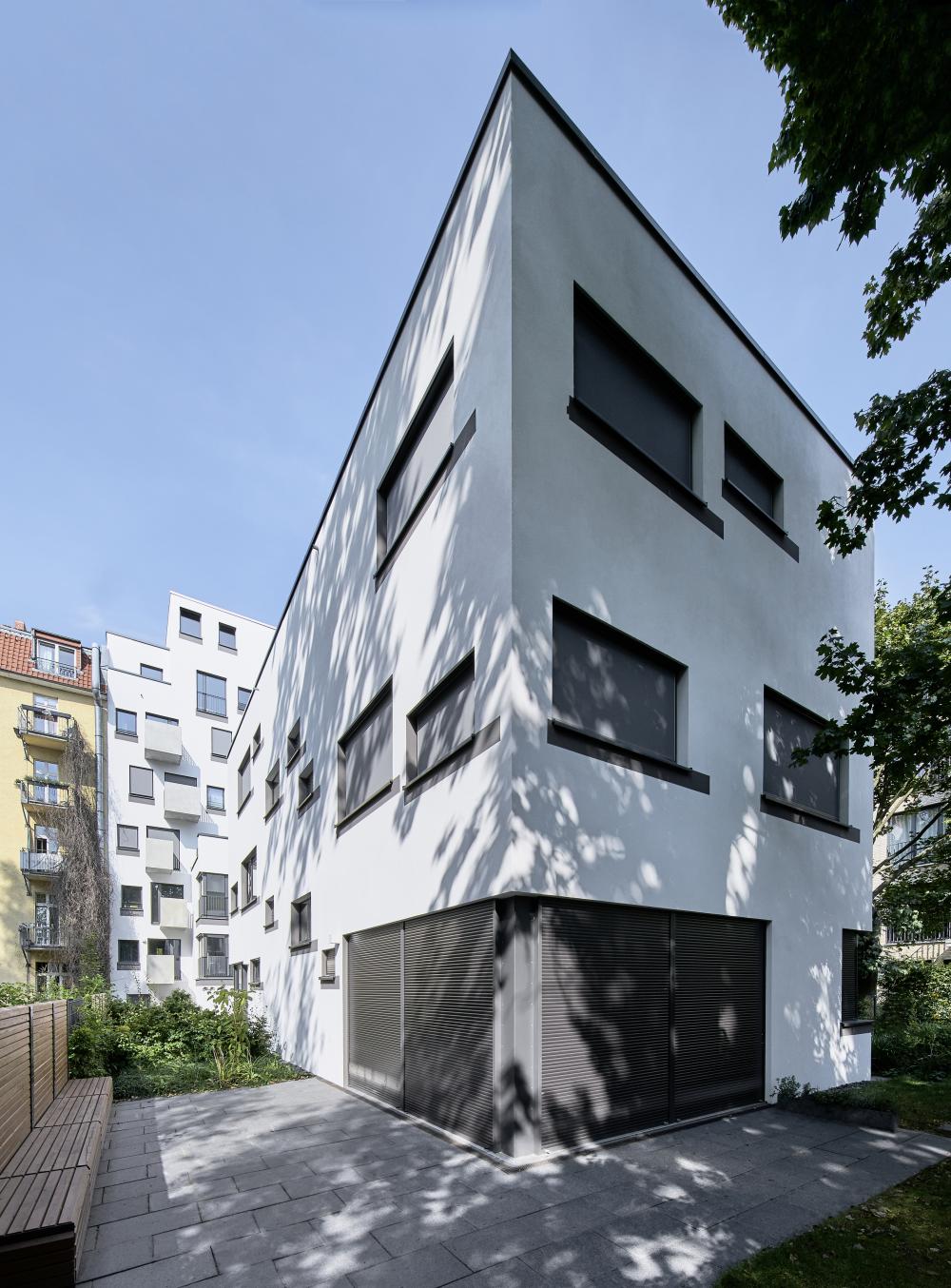 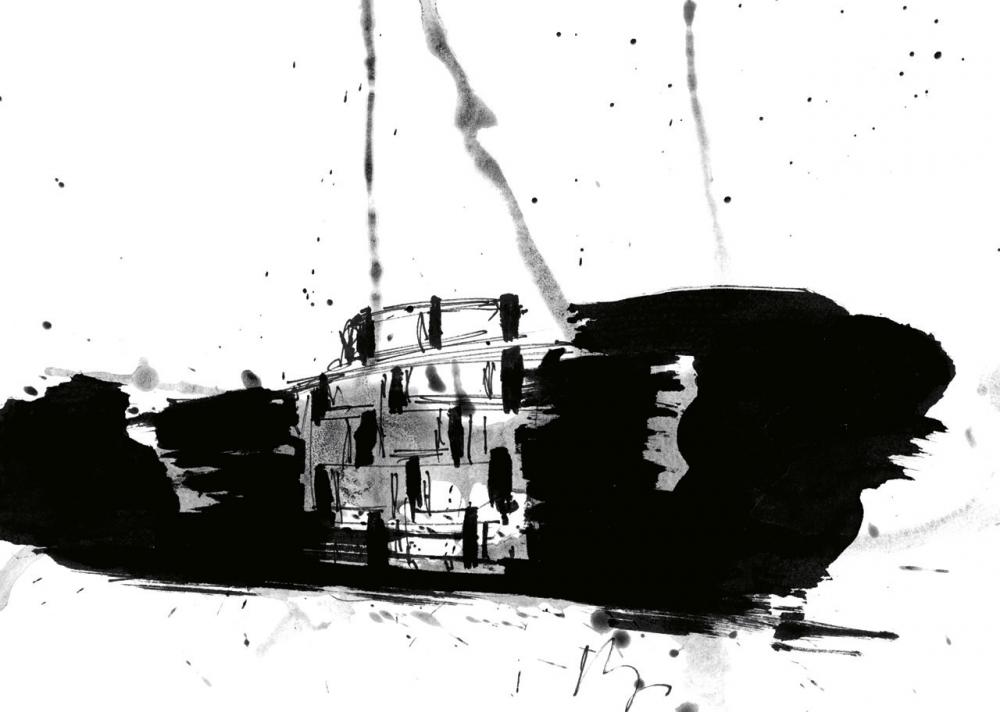 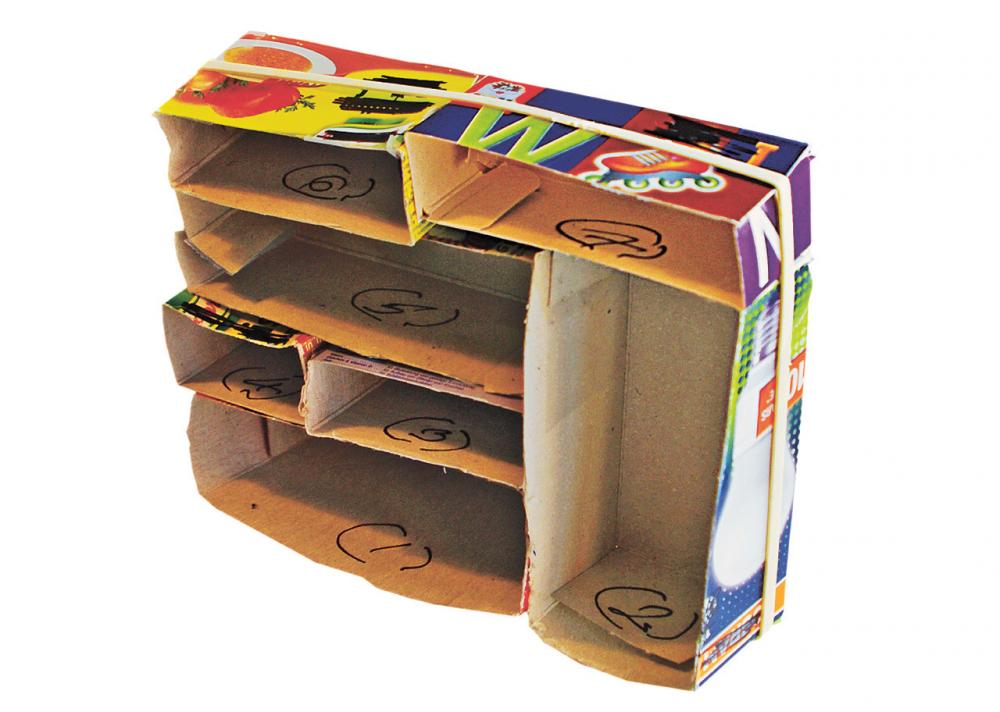 The building is aligned with a new building on its left and an old one on its right. The next building over stands on the corner of Metzer Strasse, a street that cuts through Senefelderplatz. Kollwitzstrasse forms the backbone of a neighborhood to the northeast of Berlin’s city center that has been particularly popular since the nineties.

The eight stories above ground level accommodate six apartments—some conceived as maisonettes, the rest as full-floor apartments—that range in size from roughly 120 to 180 square meters. The two top floors are situated above the eave line and have a penthouse-style design, with a broad balcony stretching across the front façade. Behind this building is a building to the rear with two additional apartments.

Via its alternation of horizontal and vertical lines, the front northwest-facing façade refers to the façade of the new building to the left and it also recalls the structure of a bookshelf. An underground garage has space for ten cars. 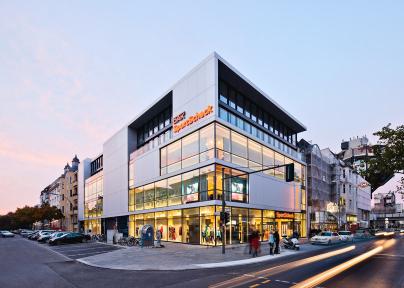 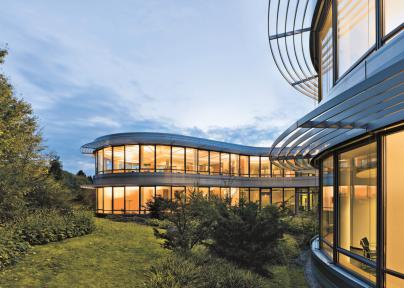 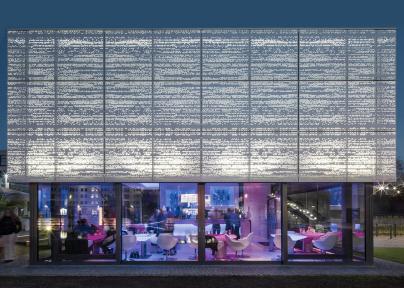 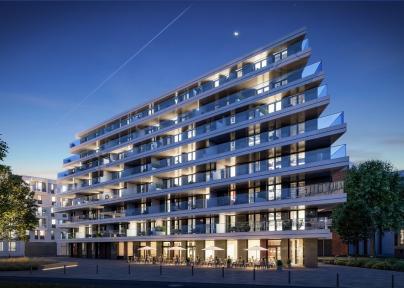 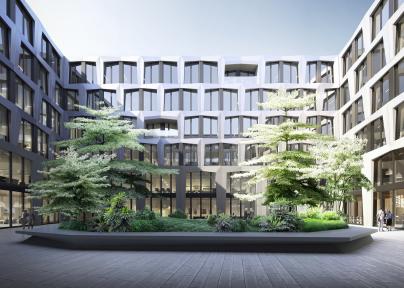 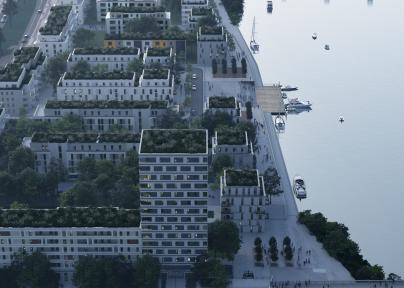